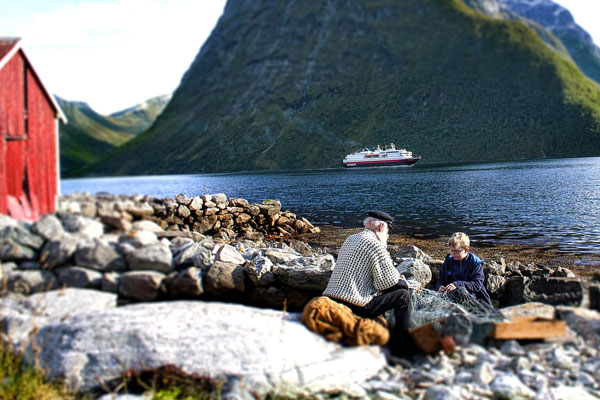 Six optional culturally-focused excursions are also available for booking either on board, or in advance. These include Classic Art excursions in Lofoten and Tromso; a concert at the Nidaros Cathedral and trip to the Ringve Museum of Musical History in Trondheim; an Art, Music and History Tour in Harstad; a trip to Kaviar Factory, an international venue of contemporary art located in Henningsvær; and a tour of the museum dedicated to 18th Century Norwegian poet, Petter Dass, in Alstahaug.
Seven out of the 12 Cultural Voyages departures will be on Hurtigruten’s newly renovated ships: MS Polarlys, MS Nordkapp, or MS Kong Harald. All of the ship’s common areas, reception foyers, cafes and bistro areas and the aft deck will be renovated with a new design concept dubbed New Arctic Interior.